Rebellious or Doing The Right Thing

Am I doing the right thing or being rebellious is my question. I normally take Zero to agility training on Saturday morning at the dog club we belong to (No name mentioned) This isn't the only dog club in the area, but another club has classes on Tues, Wed, Thurs night also... but back to the one we belong to. The classes on Saturdays are stacked... 9am beginners, 10am advanced beginners, 11am intermediate, 12pm pre-show, 1pm those that do show. Zero started agility way back in April 2010. My Mom actually started taking her because she was getting bored in the obedience and rally classes and with agility she could run around have fun play jump and all that stuff. Well 4 weeks into her training we had a handler switch to me. My Mom was having shoulder surgery so it was my dog and now my duty to take her to classes. At the end of the session dogs were moved up to the next class as they progressed. However, Zero was not. I understood it this time because we did a change of handler half way in so I was more comfortable staying back in the beginner class.

After the second session ended again we were still placed in the 9am class. Which was all right, because there were no new dogs coming in so it was like everyone was moving up, yet still staying at the time they had been in previously. So this goes on and on.. now this year new dogs do start entering into the beginner classes. So here we would have to sit and wait for the new dogs to catch up to where we were... example - going through the tunnels, over the obstacles, learning the commands for all the obstacles. Zero would get bored and just be blah through the whole class. It has gotten to the point she no longer even runs.. she just jogs along and barely clears the jumps and just takes her sweet old time like oh yeah now you want me to do this after I sat and watched for 20 mins. I lose her concentration and attention about 30 minutes into the class every single week. I am attributing this fact to the matter that because she keeps getting held back into the beginner class and has to sit and wait and waste time (time we pay for no less) that she acts the way she does. When I started getting first in line to do run throws she started to run a little bit more again... now with a new session and more new dogs coming in we are back to square one again.

Today the new session started and a few weeks ago the trainer said that 3 dogs would be moving up into advanced because she was moving dogs up as they progress. One of those dogs was not Zero, but they were all dogs that had started two sessions back. This pissed me off. Zero knows all the obstacles she will go over, under, through anything I tell her to, she can be fearless with the obstacles. Why is she being held back AGAIN? She is bored with this having to sit and wait when new dogs come into the class. Her theory of sit and wait is I'm going to lay down wake me up when it's time to go home, that's just how she gets. There are dogs up in the pre-show class they won't even go over the dog walk or the teeter and here Zero will fly over those things.

So now my question is... I did not attend the first class of the new session today, I was up and awake I just didn't go. Am I being rebellious by not doing so or am I doing the right thing by saying heck with them and going to take her to another dog club all together? It has seemed that we have had quite a few bashers in this club.. talking about how Zero would never amount to an agility dog, yet I stood and watched those same big mouths with their dogs in the show ring and they did nothing special. Nothing that Zero couldn't have whipped their asses doing. Yes, I'm very competitive.. I've shown horses my whole life. I had a horse that was always placing 1st or 2nd and if she placed anywhere below that I'd beat myself up... because I knew I had the fastest barrel horse there and my rider errors messed it up... but back to Zero. To the point at hand.. am I doing the right thing? Zero is bored out of her mind.. this dog needs a job to keep her busy. One day a week agility is not doing the job nor am I getting any closer to showing because she keeps getting held back.
Posted by Katherine at 11:25:00 AM 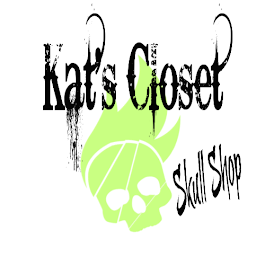